How many faces do you recognize in the montage below? Join us in Whistler this
September to celebrate our 70th anniversary annual general meeting (AGM) and
learn more about the entrepreneurs who helped build the automotive industry that
we thrive in today.

Being a member of the ARA means different things to different people. For some, it is about advocating for a cause, concern, or government legislation. For others, it is about networking and business development. Still, for many, it is the sense of community and belonging to something greater than oneself or one’s business that drives their engagement. The ARA is all of these things, and more.

As your association, we represent small business owners, large corporations, and everything in between. We are a diverse group of people with a diverse range of interests and cultures. We disagree with each other at times and can be offended if our issues are not validated. Despite this, each year we come together, network, vote in new leaders, and discuss ways in which we can all work together towards making industry a better place for everyone. This is what we all have in common, and the AGM is the one event where we can do this as a group, a community, and an association.

The ARA has held thousands of meetings throughout its 70-year history: ICBC liaisons, meetings with government, division meetings, one-on-one meetings, and the list goes on. However, we have only met together as a group 69 times (excluding the AGM of 2011). This year we will meet again as a group for the 70th time.

AGMs have changed over the years. In the early years, men came dressed in a suit and tie, accompanied by their wives who donned their finest apparel. They came from all over the province to spend two days in Vancouver, to elect a new president (now called chairman), to recap the year’s accomplishments, and to learn from one another and welcome new members. Dinner was a formal affair followed by the evening’s entertainment (as featured in the photo below), which was usually something like a sing-along. It was a truly a gala event.

Then something happened in the 60s and 70s. Technology changed, industry became more specialized, and new industries were born. New divisions formed to make way for growth, new issues, and new ideas. We still came together once a year, only now as a member of the ARA and a division. Divisions began their own AGMs, along with their own golf tournaments and community events like the Tow Rodeo of 1985 (as seen in the montage). Some of these events even eclipsed the ARA’s AGM as the must-attend event of the year, but over time, the AGMs became less formal and not as well attended.

Join us to celebrate your association's 70th anniversary 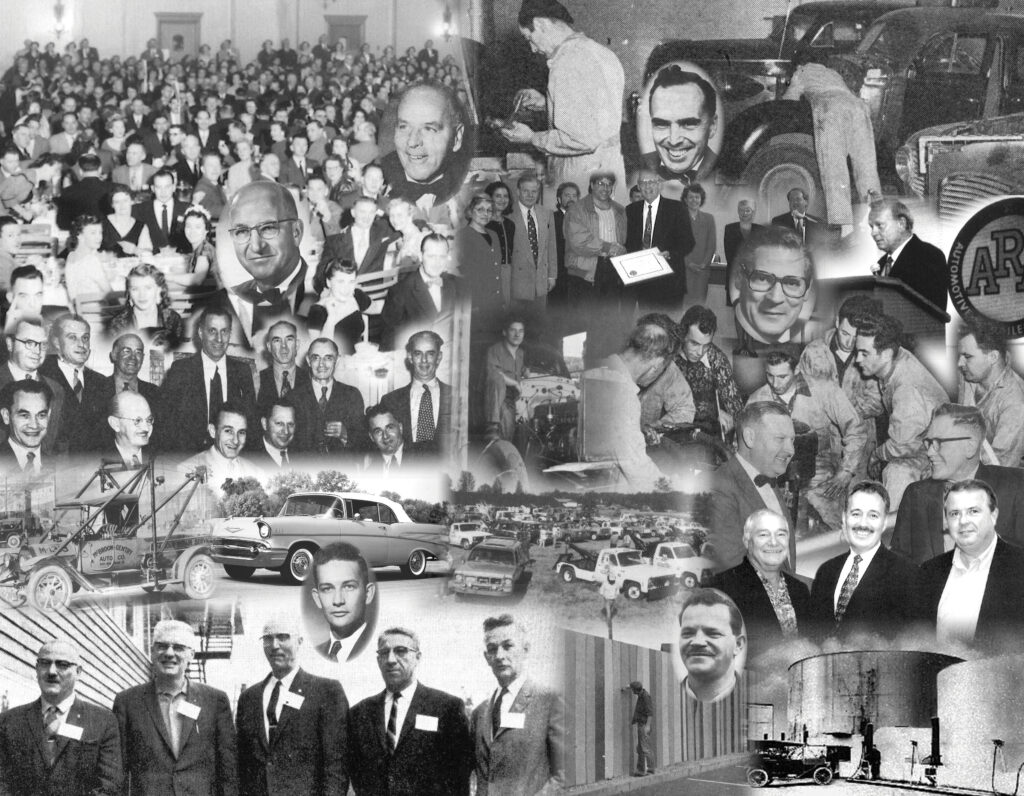 In the 90s, communication evolved and the ARA News magazine, delivered quarterly updates to the members focusing on the specific activities of each division. The internet accelerated the pace of information exchange with websites and email through to today’s social-media-powered world. Information alone is no longer a reason to attend.

Yet, there is still cause to celebrate—to share stories of the past and present and see a glimpse of what may lay ahead. Without understanding our past, we cannot see into the future. The future is about change, and we must change with it. I hope you will join me this year so we can reminisce and discuss how we can create new stories of success and entrepreneurism for others.