A recent government announcement focuses on an issue with a long
and turbulent history.

In the post-war economic boom of the 1950s, mechanics came from all over to work on the growing number of new cars in British Columbia. Many of these mechanics came from the prairie provinces, having experience working on farm equipment, but with little formal training working on automobiles. Media began questioning the qualifications of mechanics and reported on the so-called “shady practices” of of the automotive service industry. Granted, some of these mechanics were shady, but the vast majority were being cast in a bad light due to the attention given the few that did not play by the rules. It was not surprising then that one of the first orders of business for the newly formed Automotive Retailers Association was to lobby the provincial government to pass mandatory licensing requirements for auto mechanics.

The government had never passed licensing legislation for mechanics because of a perceived lack of need for it. After its formation, in 1951, the ARA set about lobbying the government for mandatory trade qualifications. In 1955, the Apprenticeship Act was amended and the Tradesman’s Qualification Act was passed in the provincial legislature to license automotive mechanics. An examination for mechanics was created, tested, and became the standard by which all mechanics would be issued a certificate.

Still, the government repeatedly told the ARA that it had no intention of making mechanic/technician certification compulsory, something that the ARA has long advocated for to this day. Mechanics were encouraged to hold tradesmen qualification papers if they wanted to work on vehicles, but it was not mandatory.

The ARA never lost sight of its original goal and continued to work closely with government, industry, and stakeholders, until the opportunity once again presented itself following the NDP’s rise to power in 1991. A 15-month investigation by a government-appointed committee in 1993 provided evidence of overwhelming support from industry for skilled trades certification. In 1994, the ARA, along with many other groups, voiced support for compulsory certification for auto mechanics. It was argued that B.C. was one of only two provinces in Canada that did not have a skilled trades certification program. 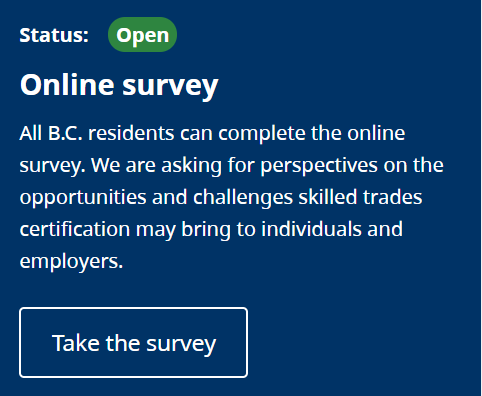 Skilled trades certification finally took effect on July 1, 1996, for all body techs, auto service techs, and refinishers. However, in 2003, skilled trades certification in B.C. was rescinded when the Gordon Campbell Liberals formed a new government, rendering the three automotive trades non-compulsory once again. B.C. then became the only province in Canada without compulsory trades. Despite the setback, the ARA continued to make this a priority issue for industry and its members. Other issues arose, and skilled trades certification took a back seat to the more pressing priorities of the day. However, the issue surfaced again in 2013, emerging as a topic of discussion among the Industry Training Authority’s (ITA) newly-formed sector advisory groups (SAGs). The SAGs were put in place to help serve the ITA by providing timely and focused advice and to advance and improve the trades training system in B.C. A by-product of these conversations was the recommendation that many of the solutions sought by government could be solved through compulsory skilled trades certification. The idea was met with resistance from the still-in-power Liberals, but the topic did not go away.

The issue finally gained traction when a new NDP government was elected in 2017 and the Hon. Melanie Mark was appointed minister of advanced education and skills training. Melanie Mark adopted a “listen to industry” approach and the ARA began engaging in open dialogue, discussing the nuances and rationale for why we need skilled trades and providing evidence to support its position. The dialogue produced the desired results. On June 11, 2021, the Ministry of Advanced Education and Skills Training announced a new made-in-B.C. certification system to support higher-paying, more stable work for trades workers and to help build the foundation of a strong economic recovery.

Once implemented, individuals in these 10 trades will be required to be either a certified journeyperson or a registered apprentice to work.

The issue has remained an important one for industry and the ARA, and for good reason. In the 1950s, it was in reaction to meeting the skills demanded of industry and the public, or as articulated back then, “to keep out the shady operators.” While advancing industry standards and ensuring the safety of the motoring public has remained a cornerstone of the ARA, the rationale for skilled trades certification is more compelling now than ever.

To begin with, unlike in 1951, we are facing unprecedented labour shortages, and this void is not being filled simply through people migrating to the province. Approximately 73,000 job openings are expected in the trades in B.C. through 2029. With 77 percent of these openings replacing retiring trades workers, skilled trades certification will help ensure the success of the individuals who will fill these roles.

Skilled trades certification recognizes the professionalism of tradespeople and ensures that every person who wants a career in the trades can access the highest level of education and training. Similar to a post-secondary degree, a certified trades worker has a certification that is recognized by industry, just like other professional occupations such as teachers, lab techs, and nurses. Recognizing the worker’s skill will attract more people to careers in the trades, and help address labour shortages.

Secondly, automotive technology is rapidly evolving, which places higher demands for training and skills technicians must acquire throughout their apprenticeship. Before the Tradesman Qualification Act of 1955 came into effect, the skills required to service vehicles could be attained by experience and fine-tuning your craft. But technology and industry changed and demanded more formalized training, which came about in the 1960s.

Technology is once again placing additional demands on training. Simultaneously, cultural and socio-economic factors are adding a new layer to recruitment. It is simply not enough that workers receive training; this training must be recognized.

B.C. is entering the first phase of this endeavour and needs to hear from you. It is important to show your support for this initiative and provide government with your feedback. You can add your voice to the conversation by completing this survey.